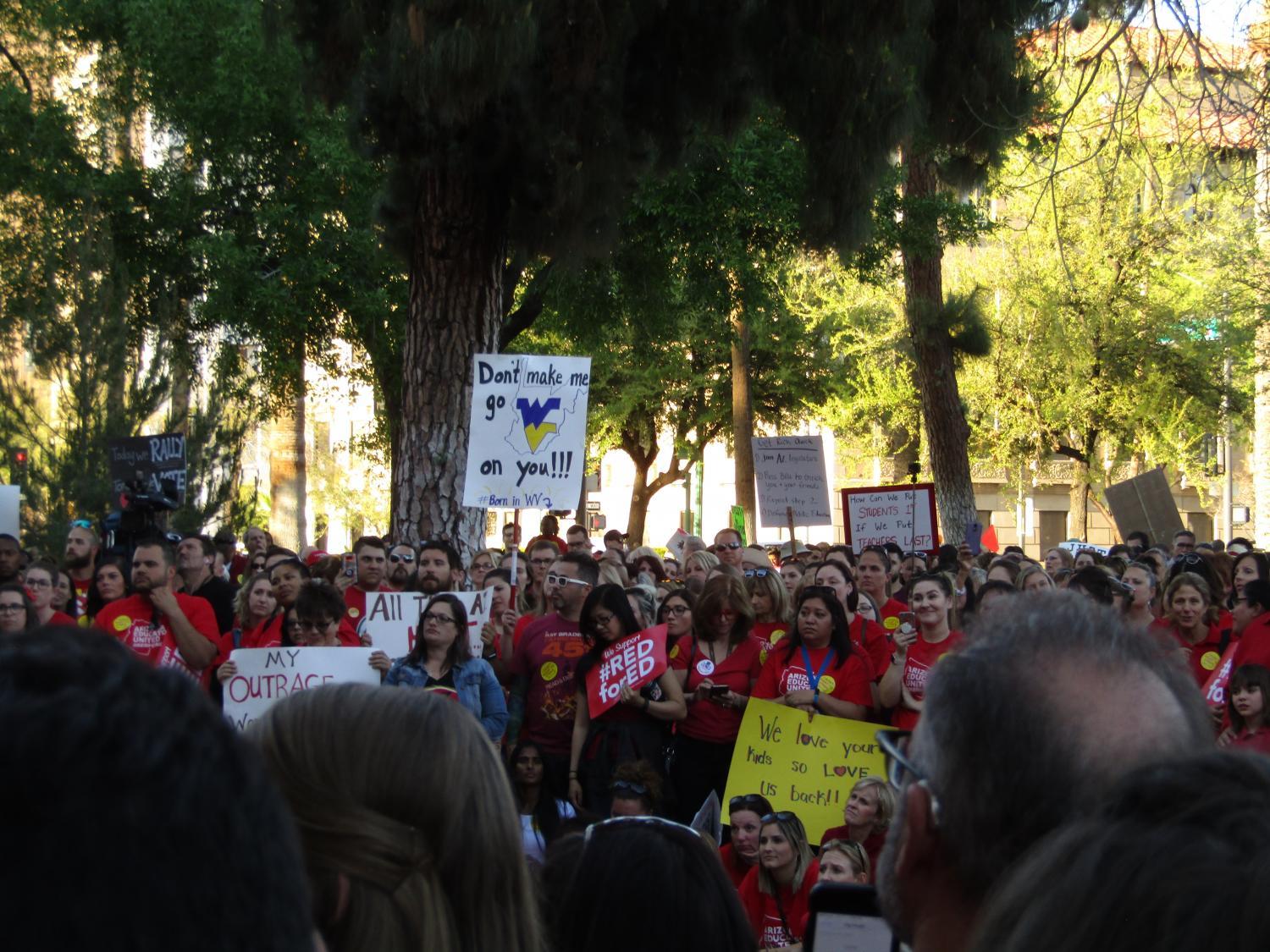 (Photo by Casey Kuhn - KJZZ)
Thousands of teachers met on the Arizona Capitol lawn on March 28, 2018, to rally for more pay.

The association representing Arizona teachers and a grassroots group that has been organizing protests over low teacher pay want to sit down with Republican Gov. Doug Ducey to negotiate.

The Arizona Education Association and Arizona United Education sent a letter to Ducey and leaders of the state Legislature on Thursday seeking the talks.

Ducey's office said he will review the letter and remains focused on passing a budget. Last week, Ducey said he was sticking with his current plan to add a 1 percent raise and restore some previously cut school funding.