How Bookmans Entertainment Exchange Evolved Into A 'Used Lifestyle' Store 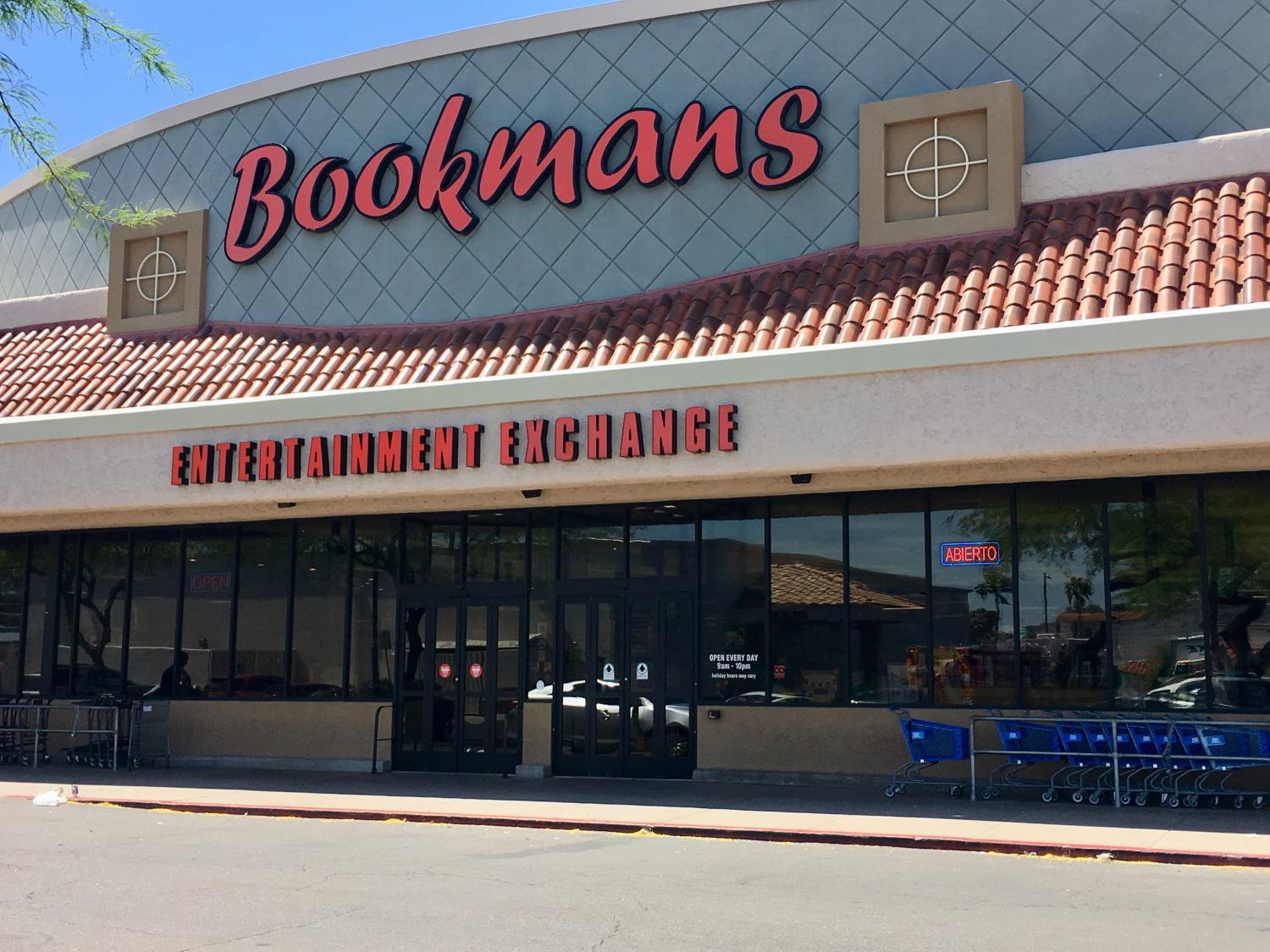 Christina Estes/KJZZ
Bookmans opened this store at 19th and Northern avenues in Phoenix in 2004.

Before most national brands started touting their Earth-friendly ways, there was Bookmans. The used bookstore opened in Tucson more than 40 years ago. Today, it has six stores across the state where you can buy, sell and trade more than books.

When Bob Oldfather paid his dad $1 to buy his store in 1976, he only sold used paperbacks and magazines. But that changed just a couple years later, after a customer’s bad luck.

“He had been robbed of all his stereo equipment from his house,” Oldfather said. “And I said, ‘That’s a bummer,’ and we talked about it and he said, ‘I’m going to get rid of my record collection, I just don’t think I can do this again.’”

Oldfather bought the used records. And then he bought used cassettes and then used CDs. After nearly 15 years in business, Bookmans opened its first store outside Tucson. In 1990, it entered the Flagstaff market and in 1993 Bookmans opened a store in Mesa.

Lori Wheeler remembers the day in 2004 when Bookmans opened at 19th and Northern avenues in Phoenix.

“I wore a sweater because it was January but there were several, probably 5-600 people in the store at the same time,” she said. “It was really warm, and my job turned into finding cold water for people.”

“I’m a vehicle to do good for the community through my job," she said. "I get to give out gift cards, give out free books.”

On a Wednesday afternoon, Debby Kurtz carried a box and bag to the trade counter.

The clerk offers to take about half her books. Kurtz can get a small amount of cash or a lot more in store credit, known as trade.

“I always get trade, because I’m going to come back and I’ll use the trade, so why not?” she said.

Over the years, Bookmans has learned to pivot. When people started streaming music and stopped buying CDs, Bob Oldfather says they moved into the musical instrument business.

"“We expanded the meaning of a used bookstore ... It’s more of a used lifestyle store."
— Bob Oldfather, Bookmans founder

“Things that first look like a negative eventually we turn into a positive because we were able to make these changes because we’re used, we could take in a new product line, we could change the pricing model, change the purchasing model,” Oldfather said.

Customers can buy, sell or trade everything from books and banjos to xylophones and X-Men figurines.

“We expanded the meaning of a used bookstore, I guess,” Oldfather said. “It’s more of a used lifestyle store.”

While it may seem like Bookmans will take anything, Oldfather says they are picky.

“Do we think we can sell it? Do we have too much of it? Our buyers are very cognizant of what our needs are,” he said. 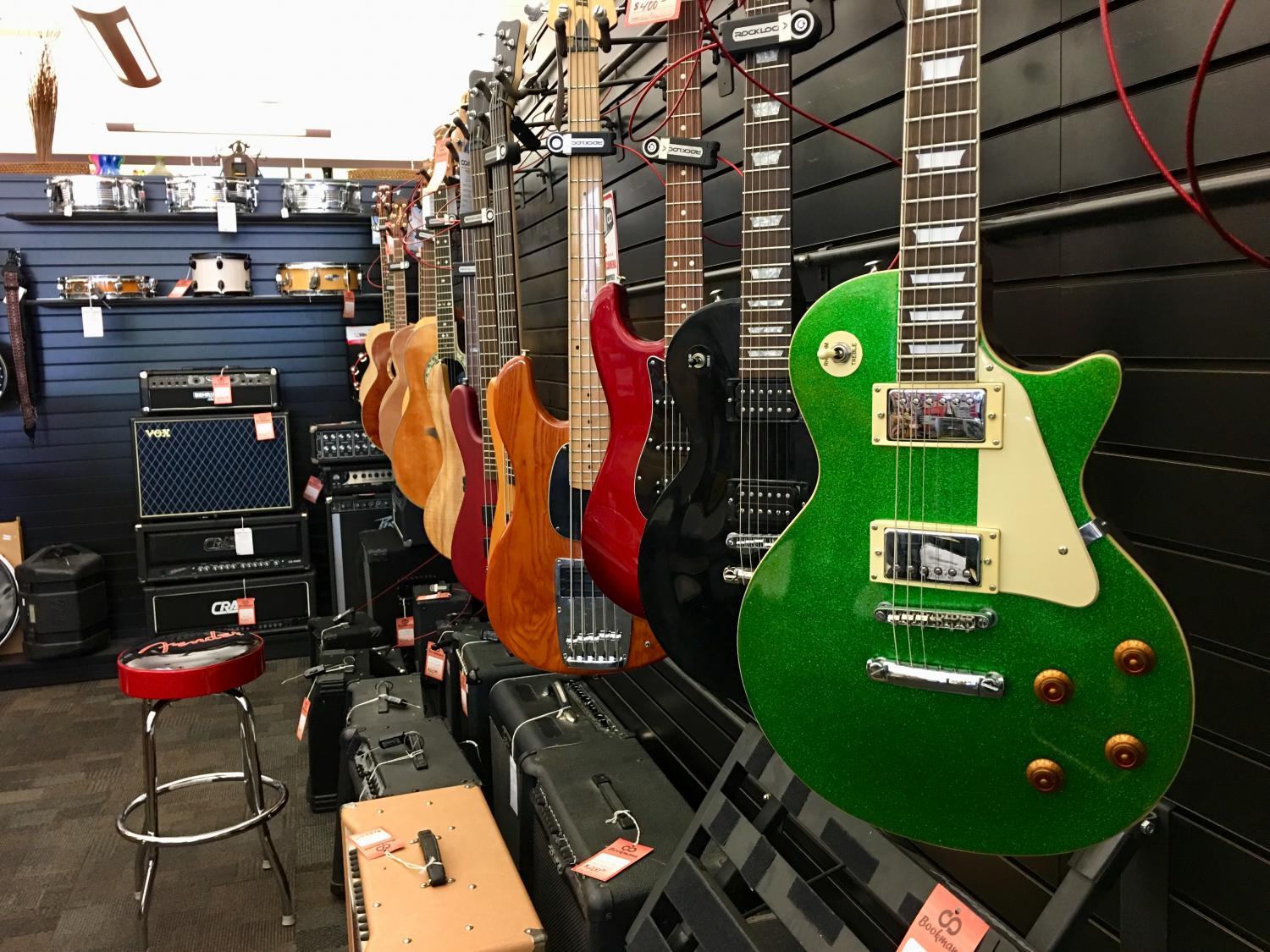 At the Phoenix store, the toy department is most popular with its Barbies, Hot Wheels and board games. Making a comeback, Lori Wheeler says, are records and cassettes.

“Individuals who didn’t grow up with those media forms are experiencing for the first time,” she said. “We're selling cassette players and record players. You know, you can buy your record and your record player here.”

But books remain king. In Phoenix alone, about 125,000 titles fill the shelves. And there’s even more in storage.

Since it opened, Bookmans has always had a "browsing" philosophy. If a customer wants a particular item — for example, a book about drawing portraits — they’re encouraged to check the arts section. There’s no formal tracking system. But just as the company revises what it buys and sells, Oldfather says it will do the same with its inventory.

“It’s not only a huge job but our business model is so different that we’ve had several stumbles along the way of people with existing platforms that say, ‘OK, we can put this in and this’ll work.’ We spend a bunch of money and it just doesn’t,” he said.

Bookmans is working on rewriting its system, which should be in place this time next year. So customers looking for a specific name will be able to find it — along with other items they may not have thought they wanted.

Could there be a third wave of illnesses after the current pandemic is over?