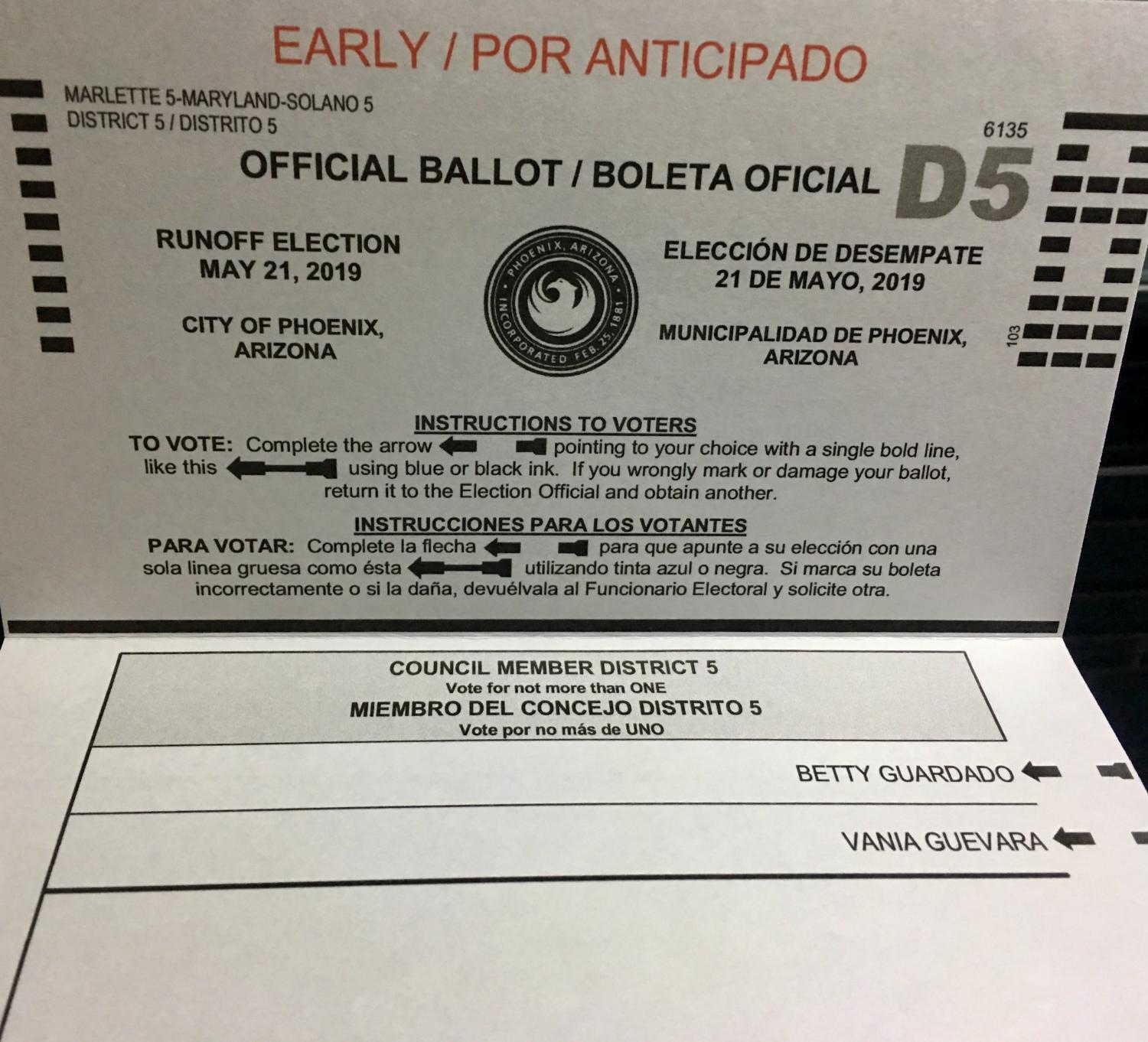 Phoenix could have two new City Council members Tuesday night. The seats in Districts 5 and 8 became vacant after Daniel Valenzuela and Kate Gallego left to run for mayor.

Residents in District 5, which includes much of west Phoenix, will choose between Betty Guardado and Vania Guevara. The winner will serve the remainder of a term that expires April 19, 2021.

Residents in District 8, which includes parts of downtown, south Phoenix and Laveen, will choose between Carlos Garcia and Michael Johnson. The winner will serve the remainder of a term that expires April 17, 2023.

Registered voters in Council Districts 5 and 8 can use any of the 11 voting centers to cast a ballot from 6 a.m. to 7 p.m. on Tuesday, May 21. This map contains a list of voting centers.